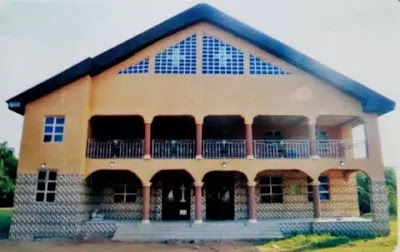 The Church of Nigeria, Anglican Communion has demoted a Venerable answerable for one of many Archdeaconry in Aguata Diocese of the church in Anambra State for allegedly permitting a dismissed priest to take a seat with him throughout a burial service.

Vanguard recollects that in 2017, 9 monks have been dismissed by the church over their alleged involvement in homo.s.e.xual actions and have been thereafter banned from participating in any church exercise.

Lately, nevertheless, the Archdeacon answerable for the realm whereas presiding at a burial service locally, invited the dismissed priest to take a seat with him on the altar, informing the individuals who have been on the burial ceremony that the dismissed priest didn’t commit any offence and that his `dismissal was attributable to envy.

On listening to what transpired on the burial ceremony, the Bishop of Aguata Diocese, Rt. Rev Samuel Ezeofor, who was transferred from Ogbaru Diocese to Aguata, determined to arrange a panel to analyze the matter.

Following the advice of the panel, the Archdeacon was suspended and relieved of his duties and subsequently demoted to an atypical Reverend.